A SCHOOLGIRL of seven died after lecturers forgot she was locked on a bus and he or she overheated.

Nong Ji Hoon’s physique was discovered by the bus driver in the back of the car, parked outdoors the personal faculty in Chon Buri Province the place she was a pupil. 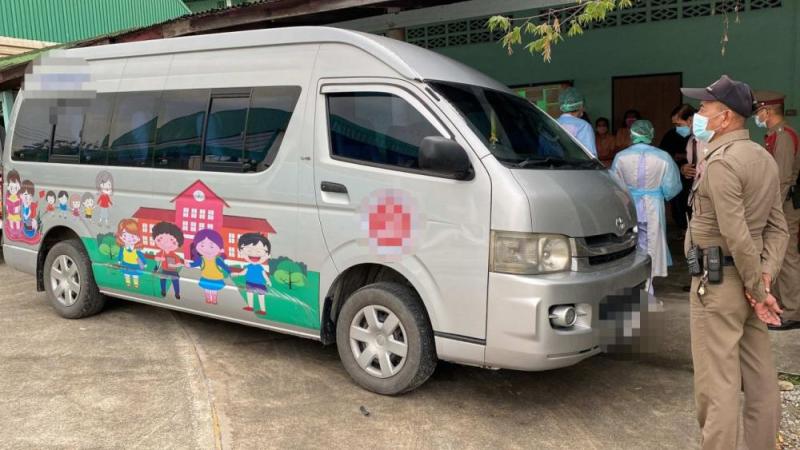 She had been left within the car all day after lecturers forgot about herCredit: World Today News

She was discovered lifeless and bleeding from the mouth at 4pm native time on 30 August, having been forgotten about by her lecturers.

The bus driver believed that he had watched all the youngsters depart the varsity bus within the morning earlier than he left the automobile park.

He was scheduled to take the children residence on the finish of the day, however discovered Nong’s physique when he returned to the car.

Upon making the tragic discovery, he alerted faculty workers, but it surely was sadly too late for the younger lady.

She was reportedly slumped subsequent to a black backpack and a small cup of water.

Local police and docs from the close by Phan Thong hospital rushed to the scene however had been unable to save lots of her.

Both the motive force and Nong’s trainer have been charged with “negligence inflicting thee dying of one other individual.”

Her mom Metika Kosonpalangsri says that she was visited by lecturers asking if her daughter had “any underlying illnesses.”

She added that they initially refused to inform her what had occurred, however finally broke the information to her and Nong’s father Thai-anan.

The lady’s mother and father say they despatched her to a personal faculty to get the absolute best schooling.

The pair at the moment are demanding solutions as to how their daughter’s dying was allowed to occur.

It was reported by native information companies that they despatched an official letter requesting an investigation to the Ministry of Justice.

Police General Domrongsak Kittipraphat, Deputy Commissioner of the Royal Thai Police, confirmed that an post-mortem had proven the reason for dying to be hyperthermia (overheating) and that no traces of bodily abuse had been discovered.

He added that there have been 129 incidents of youngsters being left alone in class buses in Thailand between 2014 and 2020, with six of these instances leading to a toddler’s dying.